In an act of last moment censorship the Candidate was eliminated from Just do it. Branding Biopolitics exhibition at Pavilion Unicredit. The Candidate continued to behave as if nothing had happened, and a promotion campaign was launched. People were invited to celebrate the opening with the Candidate, and with a glass of Dorato champagne (a good-looking bottle with a very cheap and dubious content). The exhibition was announced everywhere as a Presidential Candidate's event, and the opening as a performance. It turned out to be a very strange scandal as a result of Pavilion staff’s violent reaction. But no matter how interesting the evening as a performance was, the actual work, the main esthetic operation, was the activity of reframing – as a reversal of the usual situation of artists acting under the institutional umbrella, in this case the artists were framing the institution – pointing to the activities of framing in themselves, focusing on their own operativity in their implicit mediums.
(2011) 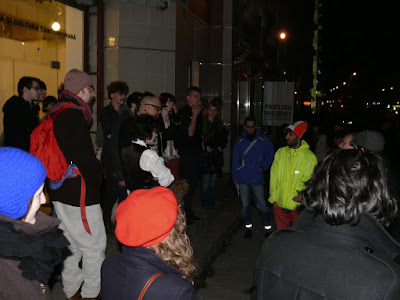 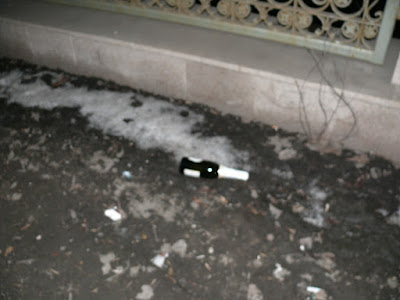